Portrayal Man is the latest perfume by one of the most famous niche brands in the world – Amouage, and with Portrayal Woman continues the saga of inspirational times of the past. The previous perfume creation I wrote about, Amouage Imitation took us in the 1980s, the time of the famous parties at Club 54, while with Portrayal the time machine goes even further – back into the 1920s. A time of bohemians fleeing the gloomy and dull reality by immersing in art, wine, and rebellion. Many inspirational and favorite art trends then flourished, such as Dadaism, surrealism, and expressionism, and art deco began to adorn the architecture of numerous metropolises.

Portrayal is for the bold. A person who dares to defy the norms of their society. It is inspired by times of drastic social change, and the people who pushed beyond the limits of mass culture during their times. It is a reflection of the birth of a new age and the freedoms that come with it.

Portrayal Man continues the saga not only on idea level but also in a fragrant sense as well. Unlike the old Amouage perfumes like Gold, Ubar, and Jubilation which featured lavish, multifaceted compositions, the new perfume editions are the complete opposite. They are short, concise, focused on only one point. Always made from the highest quality raw materials, this is a peculiarity and something that Amouage does not deviate from the very beginning. Many niche perfume brands are saying this, Amouage really does it.

In the case of Portrayal Man perfume, everything revolves around violets. Also called the flower of modesty, the history of violet is everything but modest. It was once a symbol of Athens, the ancient Greek metropolis, and legend has it that the nymphs welcomed the city’s founder with a bouquet of violets. Where the divine Orpheus slept, when his music did not stop animals, people, time and gods, violets grew. They believed that if violet is mixed in wine, it can even heal a broken heart. Centuries later, because of its rarity and preciousness, violet became a symbol of blue blood. Only the nobles smelled of violet, and the most expensive in the world – violet from Parma. 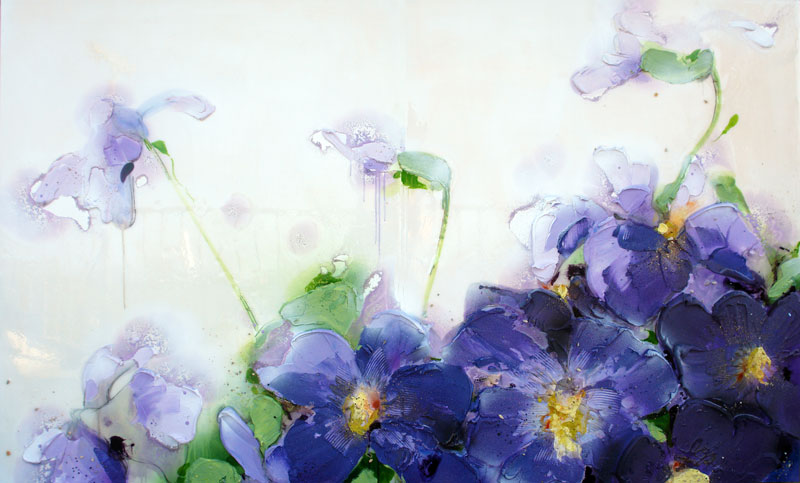 This is precisely how my Portrayal Man experience is. Of all the perfumes I have tried lately, it gives the most aura of blue blood, royal hold, and noble origin. If I were to choose a fragrance for some artist and bohemian, it would never be Portrayal Man. I imagine wearer on a young heir, full of life, who has not yet succumbed to the decadence of his stature. A bit cool and distant, but it’s part of the Prince’s allure. It is not a perfume that everyone will like, but it is not its intention. Plus, the one that is liked by everyone is undoubtedly lacking in character. Applies to both people and perfumes.

The perfume composition of Portrayal Man is woody, not only due to the fragrant notes of vetiver and red juniper but also because of variety of the aromatic facets of the violet flower itself, which can range from intoxicating and flowery, dry and woody, sweet and powdery to tart and green. This is a very masculine perfume, though I can imagine some bold and character woman wearing it. What sets it apart from other perfumes, both from Amouage opus and other niche and designer brands is the use of red juniper oil, which has a smoky, woody and earthy smell, which makes the overall composition darker and more mysterious. As if the violet needed an extra dose of mystery when, over time, centuries and millennia, it connected the earthly and extraterrestrial world and was a symbol of Hades. It was Persephone, the daughter of the goddess Demeter, who was picking violets when she was dragged into the kingdom by shady Zeus’s brother. Interesting experience! I mean the smelling experience, ancient Greek dramas have bypassed me for the time being, fortunately.

This site uses Akismet to reduce spam. Learn how your comment data is processed.